Auroracoin is a decentralised, peer-to-peer, and secure cryptocurrency released as an alternative to the Icelandic Króna to bypass governmental restrictions associated with the national fiat currency. It was launched with the aim of becoming the ‘official’ cryptocurrency of Iceland. AUR was a pioneer in the area of country-specific cryptocurrencies. AUR was launched on the 25th of January, 2014, by an anonymous developer who went by the pseudonym of Baldur Friggjar Óðinsson. It was originally based on Litecoin, using the Scrypt algorithm with a Proof of Work mechanism, but was later updated to use a multi-algorithm architecture in 2016, forked from DigiByte. Auroracoin uses the PoW consensus mechanism, which utilises device hashing power to solve a complex mathematical problem in order to authenticate a transaction proposed to be stored in the blockchain. The difficulty of solving the problem ensures that authenticating forged transactions is very difficult unless the attacker owns an impractically large chunk of the network’s total hashing power. AUR is one of the only cryptocurrencies to use a combination of five different hashing algorithms, namely Grøstl, Qubit, scrypt, SHA-256, and Skein. While initially very popular, Auroracoin has seen little to no activity for a while, with poor marketing, and frequent dev team changes. Reasons for little growth have been various, from slow adoption in Iceland, to developers leaving and joining the project midway. However, it is expected to not go lower than the recent low, and might see a rise as AUR plans to launch a more aggressive marketing campaign in Iceland to promote the coin among the masses. Unlike most other altcoins, Auroracoin has made extensive changes to the original codebase. It has introduced security measures such as Automatic checkpointing, and protecting against known flaws present in the BTC blockchain, such as 51% block replacement attacks.

The Northern Lights are more popular with tourists because it is more accessible, more hospitable and there is more to see and do. During winter, the Antarctic continent becomes surrounded with thick, floating pack ice, making it almost impossible to get there. In contrast, the Norwegian coast, Alaska, northern Canada, southern Greenland, Iceland, and the far north of Scandinavia and Russia are all populated areas with plenty of opportunities for tourists wishing to experience the Northern Lights. There are records of people who live under the Northern Lights, particularly Inuit communities, who claim they have heard the aurora make a sound.

What causes the aurora borealis?

Before we can understand auroras, we need a few facts about the space around our Earth. There are many things in this space that we can't see. 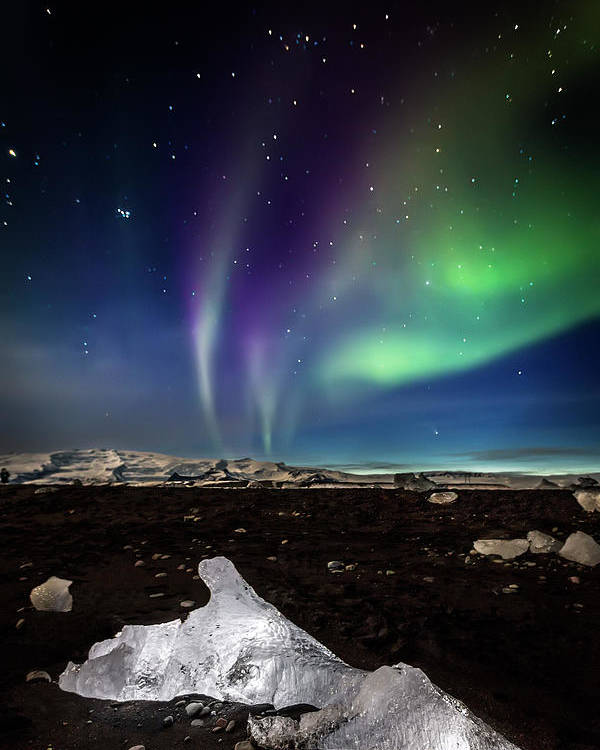 This process can be understood as the field lines wrapping around an obstacle — Venus in this case. This wind is always pushing on the Earth's magnetic field, changing its shape.

Do other planets have auroras?

"Active periods are typically about 30 minutes long, and occur every two hours, if the activity is high. The aurora is a sporadic phenomenon, occurring randomly for short periods or perhaps not at all."

Venus has no magnetic field and so Venusian auroras appear as bright and diffuse patches of varying shape and intensity, sometimes distributed over the full disc of the planet. A Venusian aurora originates when electrons from the solar wind collide with the night-side atmosphere. 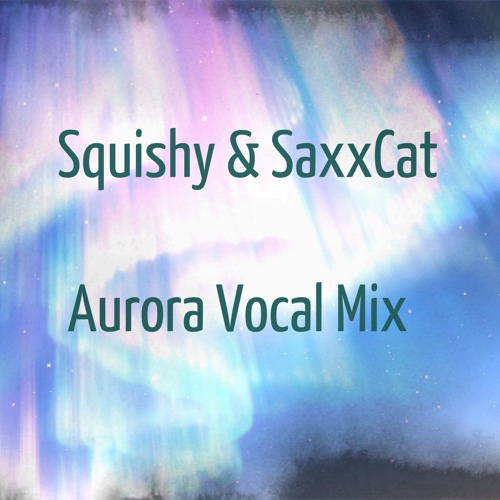 The winter season in the Arctic lasts from late September to late March / early April. During this time, the Arctic sky is dark enough for the Northern Lights to be visible in the right conditions.

Why was Aurora important?

The aurora borealis – otherwise known as the northern lights – is a vivid demonstration of the Earth's magnetic field interacting with charged particles from the sun. It's also beautiful, and worth braving a cold night out when visiting the high northern (or southern) latitudes.

It should be mentioned however that during strong solar storms, aurora australis are quite often visible in places south from Australia. But generally speaking, the best places to watch the aurora are usually are North America or Europe.

These 'substorms' tend to occur after prolonged spells(hours) during which the interplanetary magnetic field has had an appreciable southward component. This leads to a higher rate of interconnection between its field lines and those of Earth.

Io, which has active volcanism and an ionosphere, is a particularly strong source, and its currents also generate radio emissions, which have been studied since 1955. Using the Hubble Space Telescope, auroras over Io, Europa and Ganymede have all been observed. Geomagnetic storms that ignite auroras may occur more often during the months around the equinoxes. It is not well understood, but geomagnetic storms may vary with Earth's seasons.

Do other planets have auroras?

A record was probably set at the Battle of Fredericksburg in Virginia in 1862, during the Civil War, when the northern lights appeared. Viereck said it is actually harder now than a century ago to tell when auroras are very bright, because so many Americans live in cities, and the lights wash out the aurora. "You could have a major auroral storm in New York City and if you looked up you wouldn't notice," he said. Other mechanisms have also been proposed, in particular, Alfvén waves, wave modes involving the magnetic field first noted by Hannes Alfvén (1942),[64] which have been observed in the laboratory and in space.

When the charged particles hit them, they gain energy. Eventually they relax, giving up the energy and releasing photons of specific wavelengths. Oxygen atoms emit green and sometimes red light, while nitrogen is more orange or red. Gray now proposes to compare the atmospheric response of Mars and Venus after major CME impacts to see how each planet responds to strong solar storms.

Auroras also have been observed on Jupiter’s moon Io, where they are produced by the interaction of Io’s atmosphere with Jupiter’s powerful magnetic field. This "standard" aurora is generated by thesolar wind— the particles streaming constantly from the sun. But solar storms known as coronal mass ejections (CME) can ramp up the northern lights considerably and make them visible over much wider areas.

What is called Aurora?

They can be seen on other planets in our solar system too. Space scientists at NASA have been able to confirm that some of our closest neighbouring planets such as Jupiter and Saturn have their own auroras. These auroras are slightly different from Earth's, because their atmospheres and poles are different.

Bring layers, and wear hoods, scarfs and touchscreen gloves to make sure you can still use your phone. Keep an eye on the Aurora Forecast and download the Northern Lights Photo Taker app to get the best images on your iPhone if you don’t have a fancy camera as well.

Where is Aurora found?

Even the extremely dim light of the aurora is accumulated from massive volumes of air. Secondly, the aurora are essentially photon emissions from nitrogen and oxygen molecules, so you can't really touch it (as much as you can 'touch' a sunbeam). Even the gas that emits the photons is extremely tenuous.

What Causes the Northern Lights?

These maps show the local midnight equatorward boundary of the aurora at different levels of geomagnetic activity. Wednesday night saw the Aurora Borealis light up the night sky. Researchers have also discovered that auroral activity is cyclic, peaking roughly every 11 years.

Two factors to consider are the tilt of both the solar and Earth's axis to the ecliptic plane. As the Earth orbits throughout a year, it experiences an interplanetary magnetic field (IMF) from different latitudes of the Sun, which is tilted at 8 degrees. Similarly, the 23-degree tilt of the Earth's axis about which the geomagnetic pole rotates with a diurnal variation changes the daily average angle that the geomagnetic field presents to the incident IMF throughout a year.

Ionospheric resistance has a complex nature, and leads to a secondary Hall current flow. By a strange twist of physics, the magnetic disturbance on the ground due to the main current almost cancels out, so most of the observed effect of auroras is due to a secondary current, the auroral electrojet. An auroral electrojet index (measured in nanotesla) is regularly derived from ground data and serves as a general measure of auroral activity. Bright auroras are generally associated with Birkeland currents (Schield et al., 1969;[46] Zmuda and Armstrong, 1973[47]), which flow down into the ionosphere on one side of the pole and out on the other.

Scientifically, it doesn’t seem feasible as sound doesn’t travel at the same speed as light. The aurora occurs 62 miles up in the sky, so anything making a sound would need to be propagating at the speed of light; otherwise, it would occur so long after the event that you wouldn’t connect the two.

The lower edges of the arcs and folds are usually much more sharply defined than the upper parts. Greenish rays may cover most of the sky poleward of the magnetic zenith, ending in an arc that is usually folded and sometimes edged with a lower red border that may ripple like drapery. The display ends with a poleward retreat of the auroral forms, the rays gradually degenerating into diffuse areas of white light.

What is the Aurora Borealis?

Can you touch aurora borealis?

The Northern Lights occur so high up in the atmosphere that they don't pose any threat to people watching them from the ground. The aurora itself is not harmful to humans but the electrically charged particles produced could have some potentially negative effects to infrastructure and technology.

In areas where the lights are rare, they were often taken as bad omens, as the ancient Greeks did. The Inuit, who see auroras more often, thought the lights were spirits playing in the sky, and some groups would tell children not to play outside at night lest the aurora disappear and take them along. Lapplanders thought the lights were the spirits of the dead. In the Southern Hemisphere, the Maori and Aboriginal people of Australia associated the southern lights with fires in the spirit world. On Uranus, auroras get weirder, because the planet's magnetic field is oriented roughly vertically, but the planet rotates on its side. 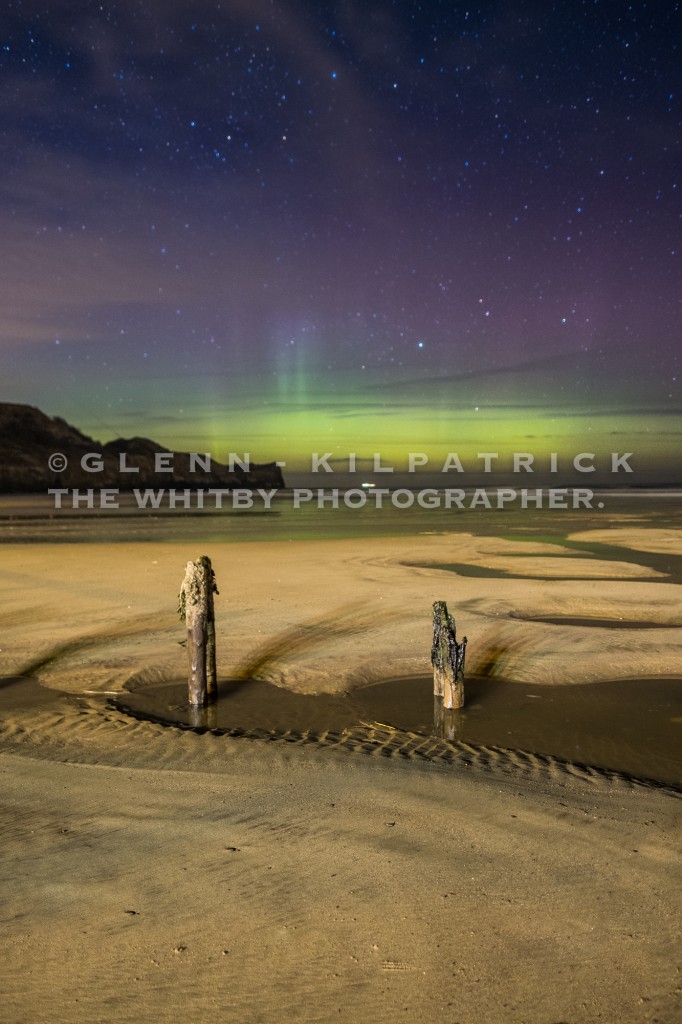 In addition to all these, a weak glow (often deep red) observed around the two polar cusps, the field lines separating the ones that close through the Earth from those that are swept into the tail and close remotely. The Northern Lights are actually the result of collisions between gaseous particles in the Earth's atmosphere with charged particles released from the sun's atmosphere.