BiblePay is a secure deflationary blockchain developed to benefit those in distress.

Masternodes can broadcast subsidised transactions without fees for the sake of security in mixing. When a new block is found on the network, a masternode quorum will be determined and those 10 selected masternodes will issue a masternode payment vote message to pick the next winning node. BiblePay is a Christian Charity Cryptocurrency that donates 10% of funds to charities and nonprofits. Over 329 orphans are being sponsored monthly. The project rewards contributing computing power to cancer research, writing letters to orphans and learning more about Christianity.

BiblePay (BBP) – serves both as a decentralized autonomous charity, and as an investment. It combines many of the features of other cryptocurrencies such as Dash and Bitcoin with unique community-building features and a revolutionary approach to avoiding the irresponsible waste associated with typical heat mining. So much more than simple wealth generation, BBP endeavors to create a better world and show God's love to others via revolutionary technology. “Launched in July 2017 with no premine and ICO, BiblePay describes itself as a decentralized autonomous cryptocurrency that gives 10% to orphan-charity (with Sanctuary governance). To avoid wasting energy on meaningless SHA hashing, (or mining), biblepay introduces the BibleHash algorithm, that allows biblepay to run on common commodity PCs, since the algorithm is resistant to porting to video cards and ASICs and is resistant to running in non-full node environments. (From the rpc, type 'run contribution' to see the tithes into the foundation for a time period, and to see the outgoing sponsorship click the wallets 'Accountability' button to see a list of orphans, expenses, sponsorship dates, amounts, and the charity phone number, and txid). 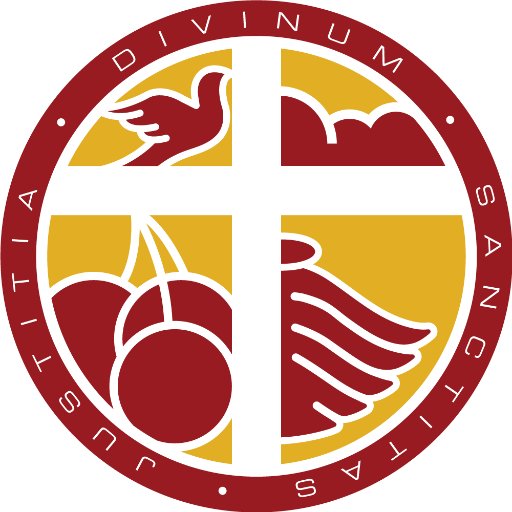 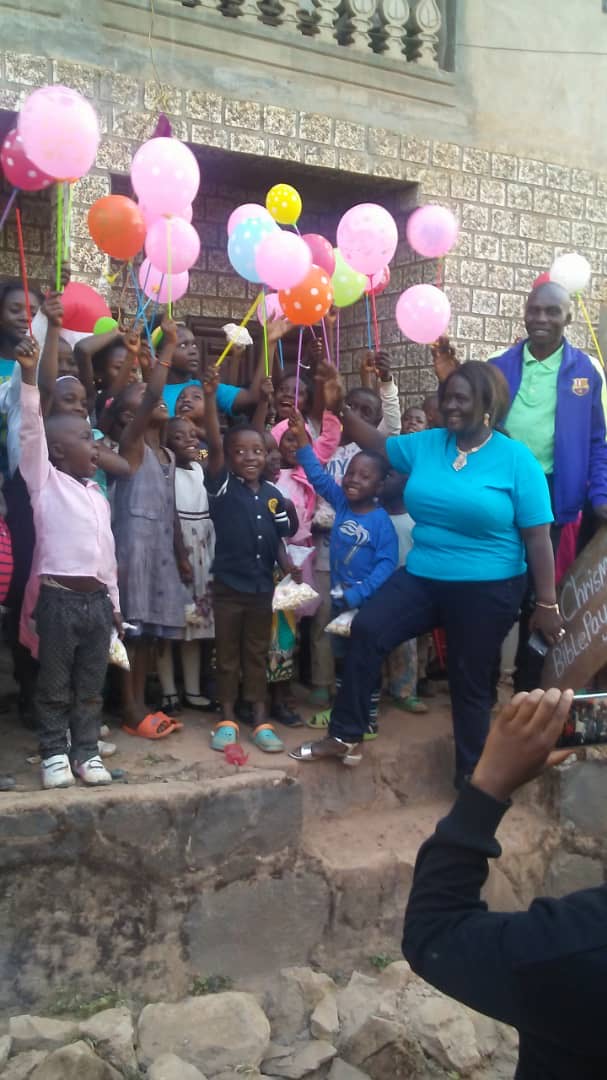 Currently sponsoring over 180 orphans worldwide per month! BiblePay is built on a secure blockchain benefiting those in distress - 10% of the mining emission goes to sponsoring Orphans, with provable contributions, expenses contributed to compassion.com- and future charities that are more than 75% efficient. 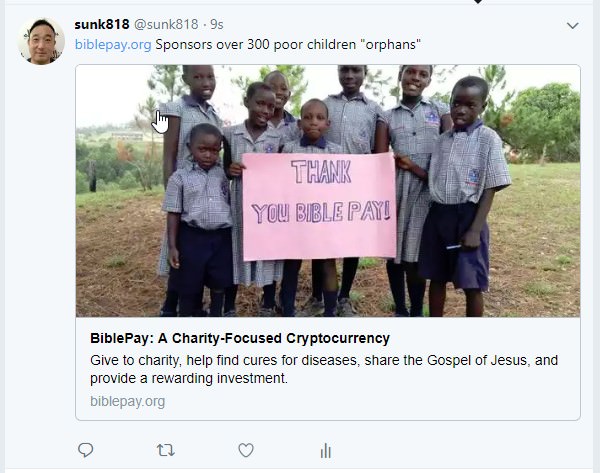 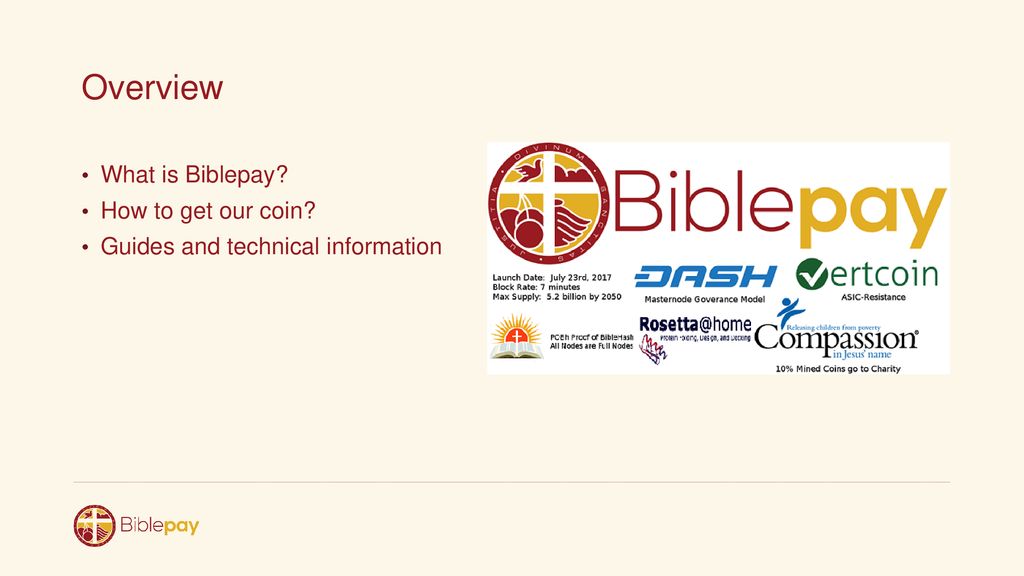 Proof of Work has been replaced with Proof Of Biblehash (POBh) - an algorithm that compensates full nodes participation, while preventing GPUs and ASIC by requiring full blockchain transaction referencing in the hashing function, along with chained bible verses. This means biblepay subsidizes full nodes that stay online. BiblePay (BBP) is a digital currency, or crypto as it is commonly referred to. BiblePay (BBP) is currently valued at $0.0002 per coin. 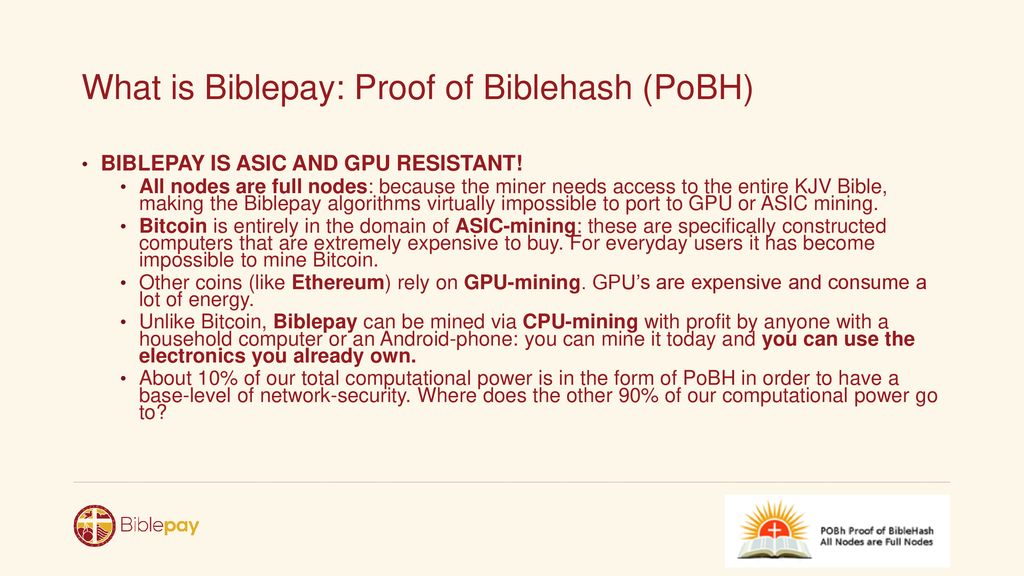 For the first 6 months, 10% of each block will be allocated to the foundation, for sponsoring orphans at 100%. Once per month, we will cash in anything over $40 available on an exchange, and sponsor orphans on our volunteer time. After the sanctuaries go live, the 10% tithe will be diverted to an ongoing budget with DAO governance, voting, allowing the coin to function as a dectralized autonomous charity; at that point the lead dev and volunteers will become a normal part of the community allowing the coin to run by itself. Seven minute block targets minimize the blockchain file size, yet BiblePay does support Dash's instantsend for speedy transactions. MasterNodes (called Sanctuaries) will come online after Christmas, allowing all expenses to be voted on and approved. 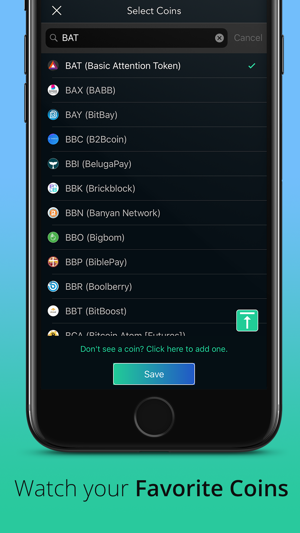 The project is passionate about spreading the gospel of Jesus, having the entire KJV bible compiled in its hashing algorithm (POBH). BiblePay (BBP) is deflationary, decreasing its emissions by 19.5% per year.