Digix DAO is a new form of cryptographic asset in that it is a Decentralised Autonomous Organisation or DAO for short. DAO are basically Companies written in code that are there to perform a set of functions with holders of the tokens voting in relation to the number of tokens they hold.

The Digix DAO gives users the right to profits in the trading of Digix tokens (DGX) which own the right to gold stored in vault in Singapore. So if people trade 20 gold bars per day - the Digix DAO token holders will have the profits of the commission from those trades distributed equally amongst themselves.

Digix DAO is a "Decentralised Autonomous Organisation" - DAO's are a nascent idea and are therefore not a fully proven concept. The Digix DAO tokens give holders the rights to vote on how funds earned by the DAO are spent and act like shares in a traditional Company.

The DGD tokens give users the right to earn profits from the trading of DGX tokens - which are tokens backed 1:1 with a gram of gold. The DAO or DGD tokens earn a commission fee based on the number of trades of the DGX tokens. holders of the tokens can vote for

There are costss for the DAO so headline commission is not equal to profit. The cost come in the form of storing the gold and auditing its veracity. This is where the role of voting rights come in as holders of the tokens can vote who they want to audit the gold.

If the DAO runs out of funds the founders can propose to raise more tokens in an offering which requires a special majority of voters to agree to.

The initial offering raised $5.5million for 85% of the tokens. The other 15% were rewards for developers and founders - a premine of sorts.

The DAO token is built on ethereum.

The ICO - or initial coin offering - raised $5.5million to acquire the 85% of the DGD tokens.

With its rise in popularity and acceptance, expect DigixDAO to open more vaults globally to keep up with the demand. It’s always a good idea to investigate the partnerships a crypto team has established to form a clearer picture of what the future may hold for the coin. For example, DigixDAO has partnered with Pundi X to take its Digix Gold tokens to Indonesia, and it also revealed in January 2018 that DGX tokens would be used to back the Dai stablecoin as collateral.

Much of the criticism leveled against cryptocurrencies rests on their volatility and lack of stability. Especially when used as a transactional medium, it is critical that a digital currency is stable. DigixDAO is creating exactly that kind of stability by offering a token that is tied to a physical asset that has long shown its stability. The hedge, however, against volatility by backing tokens with gold has been met with a mixed response, with some saying that virtual currencies are supposed to be the Gold 2.0. DigixDAO’s crowdfund launch on Ethereum commenced March and was intended to last for a period of just thirty days. As it transpired they hit the cap and the sale ended in twelve hours - pulling in 1o times their original loose target of $500,000 - collecting $5.5m in the process. Now this is where the blockchain, a distributed database that is regarded as the main technical innovation of bitcoin, excels. To help allay any confusion, the dissolution of #DigixDAO is impartial to DGX and Digix.

When DGX goes live, it will be available for purchase with Ether on the Digix marketplace. Digix plans to provide a dead man’s switch to allow wealth to be passed on to an Ethereum address of your choosing. If you did not access the Digix network for a certain period of time, the smart contract would automatically send your DGX to an heir’s wallet. For better or worse, when you see the word DAO, you might think of hacking. In July 2017, over 4000 DGD were indeed stolen due to a vulnerability in the crowdsale smart contract. 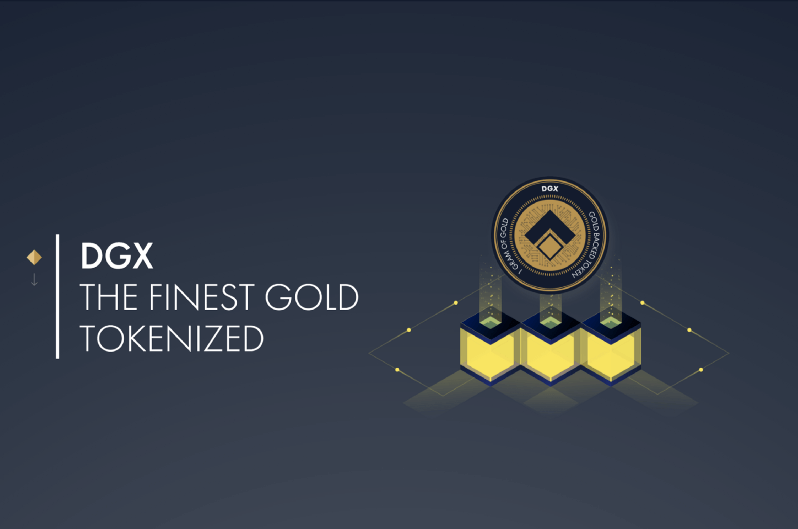 Browse a variety of coin offerings in one of the largest multi-cryptocurrency exchanges and pay in cryptocurrency. Start building your portfolio by buying, selling, and trading digital currency.

The consensus mechanism used for the DGX token will be a Proof of Provenance (PoP) system. In this system each gold bar will have its information recorded on the Ethereum blockchain. The information will include the time it was created, the serial number, its custody history, and the fees associated with it. The idea behind the DGX token is that by tying it to the price of an already stable commodity – gold – the price of the token will remain stable as well. Current gold reserves are being held in a vault in Singapore known as The Safe House.

The bottom line is that holders of DGX have a secure store of value and a new form of payment on the blockchain - fungible, resistant to counterfeiting, scarce, durable, divisible and portable like never before. Amazing though Ethereum’s achievements are, this is not enough to create a viable and vibrant economy. It’s as if a goldsmith had developed the ability to mint an incredible form of new gold coin, but had no access to a market on which to sell it. A vast, distributed computer, executing programmes on thousands of nodes located around the world.

Digix also offers an API allowing other applications to be built on top of our asset tokenisation service. It will only take minimal gas, probably less gas then actually sending the DGD tokens. They can even cash it in and take physical delivery of the gold should they wish to do so. Later on it is intended to add the DGX gold-backed tokens themselves to OpenLedger as well. It’s a long-term arrangement that is being held up as offering the “best of both worlds” according the parties.

This consists of 99.99% London Bullion Market Association (LBMA) approved gold, supplied, audited and stored by three separate companies. This is the potential that DigixGlobal sought to tap into with their crowd-funded launch of their recent new initiative, DigixDAO (DGD). A Decentralised Autonomous Organization (DAO) could also be regarded a new kind of beast - and one that lives on the Internet. Users who pledged 'ETH' into the crowdsale for DGD tokens also own the crowdfunded ETH they have sent to DigixDAO simply by being a DGD token holder. 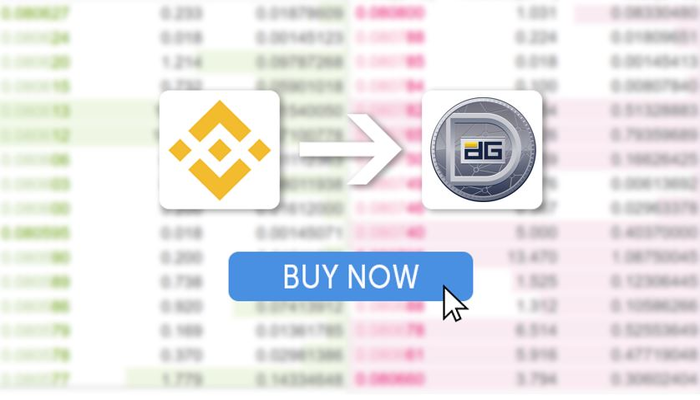 The ICO price of DGD was about 3 dollars, but in 2018, DGD reached an all-time high of over 400 dollars. When Digix finally delivers the DGX tokens and the rewards to DGD participants start rolling in, we might see an even higher demand for DigixDAO. The 0.13% transaction fees and one-third of the demurrage fees on DGX go into the rewards for the DigixDAO.

Read on for an in-depth guide to buying and selling DGD tokens. DigixDAO (DGD) is a Gold-focused cryptocurrency which allows holders to own, save and transact Gold bullions in tokenized form.

Each DGX token represents 1g of gold and is divisible to 0.001g. It’s designed to act as a store of value that can be retained over time with minimal volatility and is backed by reserves of gold. These tokens were released for sale in April 2018. Terra is an algorithmically-governed, seigniorage share style stablecoin blockchain platform to which a collection of fiat-pegged tokens and a stabilizing cryptoasset, Luna, are native. DigixDAO is the decentralized autonomous organization responsible for governing the Digix project, a network for tokenizing physical assets like gold, through managing fund allocation decisions.

The DGD enables the holders to vote on proposals relating to the governance on the DigixDao Ecosystem. We’ve all heard about how Bitcoin is often called “digital gold”. But the term literally applies in the case of DigixDAO crypto - it actually has gold bars as a trading block.

Specifically, OpenLedger will serve as a venue for trading DGD and DGX - a means of bringing two different worlds closer together. This is namely that of blockchain-based representative tokens and of physical assets housed in the real world.

Any smart contract created on the network generates DGX tokens after it receives corresponding PoA cards. So if a smart contract were to receive a 50g PoA card, it would generate 50 DGX tokens since each token represents 1g of gold. The DGX tokens each represent exactly 1 gram of gold in the Digix vaults and they are divisible to 0.001 g. They are issued against every Proof of Assets Card sent to the Minter’s Smart Contract.

In the short two years following the crowdsale DigixDAO is now ready to take its next step – the release of the gold-backed DGX token. They’ve said that holding DGD won’t entitle you to a portion of created DGX in the way NEO holders are entitled to GAS. Instead it seems rewards will come as a portion of the fees charged for transactions, but we’ll have to wait for clarification from the DigixDAO team to be certain how this will work. There does remain some confusion over the actual function of the DGX reward system. The DigixDAO team has already come out to say that holding the DGD token isn’t a way to create a passive income.

However, whether or not DigixDAO can achieve widespread adoption of DGX tokens remains to be seen, as there are several other projects also working to launch their own stablecoins. The Digix Decentralized Autonomous Organization is a self-governing community that can trace its roots back to a March 2016 crowdsale. A community based on the Ethereum blockchain, DigixDAO aims to involve its token holders in the decision-making process and in shaping the direction of the asset tokenization business. Its on-chain crowdsale reached its $5.5 million target in the space of 12 hours. The bug was eventually fixed and the tokens reimbursed to the 35 affected addresses. We’ll discuss later how the DGX fees are passed onto DGD holders. We strongly recommend that you consult a licensed investment advisor or other qualified financial professional if you are seeking investment advice on an ICO, IEO, or other investment. We do not accept compensation in any form for analyzing or reporting on any ICO, IEO, cryptocurrency, currency, tokenized sales, securities, or commodities.