Byteball is a decentralized database with it's own native cryptocurrency, Bytes, that unlike most does not require PoW or PoS mining and does not have a blockchain nor blocks. Instead, Byteball links transactions by signing the hashes from the previous transactions on the new one. These links between transactions form a DAG (Directed Acyclic Graph). Since Byteball has no blocks, there is no block size issue.

Byteball can be used as a means to transfer value between users in a transaction, either with Bytes or assets that can be issued on the network or as a decentralized data base that allows users to store information within it. Byteball's currency, Bytes, are used to pay transaction fees in this network. Transactions can be meant to exchange value or to store any type of data. The transaction fees (Bytes) are relative to the Bytes used in the transaction, so if a transaction uses 500 Bytes, that's the tx fee that will be charged. This system gives the currency intrinsic value, each Byte is worth a byte of information that is stored on the network, which alows the system to scale according to its use.

So, please don't send your new assets/tokens to someone without asking them first if they want them. Note that these listed asset/token types remain, even if the balance of one particular asset/token is zero. So every time someone receives some Zingos, the Zingo asset/token type gets added to their wallet asset/token list, indelibly so for now [but see section just below]. After a few of these, if they don't really want all these coin types, they act as spam. This registry is operated by Peter Miklos who also runs Obyte Asset Registry[5] and a similar bot.

Users can issue any other tokens (assets), e.g. to represent debt. The debt can be expressed e.g. in fiat currencies or in natural units (barrels, ounces, kWh, etc). The issuers of the debt can reveal their real-world identities and/or be voluntarily attested (i.e. their real-word identities be verified by a well known third party such as CA). This enables the use of the existing legal system to secure against fraud. currency, Bytes, are used to pay transaction fees in this network.

They can open demand deposit accounts and track them on Byteball as assets. These assets are easily exchangeable against bytes and other assets (with bank’s approval).

After his private key is disclosed, anyone can take his coins, the miners are, of course, in the best position to do that (they will not honor transactions that send the spilled coins to any address but theirs). sending the transaction, together with the history leading to its input, directly to the payee over a private communication channel. The first entry of the history must be a bitcoin transaction that burned BTC to issue an equal amount of BCC. To issue the new private coin, one can burn regular BTC by sending it to one of several unspendable bitcoin addresses, one address per denomination.

The sender can claim the money back using the same mnemonic. It is saved in the wallet for such occasions, and a "claim back" link is available on the transaction details page. With version 2.3, you can send any private asset by textcoin, not only Blackbytes. To maintain privacy, Blackbytes are sent peer-to-peer and contain the entire history of the coin.

What will be the price of Byteball (GBYTE) Tomorrow?

There is an internal currency called ‘bytes’ that is used to pay for adding data into the decentralised database. These assets might represent, for example, debt expressed in fiat currencies or in natural units (such as kWh or barrels of oil).

The Bitcoin price is known to be quite volatile. The bigger problem is that this price is not only volatile, it is not bound to anything.

If you make any Bitcoin payment, your coins will most likely be moved to a new change address. Chat with the bot again, see the balance on your linked address(es) and move the coins back to the linked address(es) if necessary. Hold bytes and/or BTC and receive additional bytes proportional to your holdings. No investment required, you keep your bitcoins and bytes, plus receive new bytes and blackbytes.

With the release of wallet version 2.0, Obyte users can send Bytes by email. The sender just writes an email address where he would normally write a Obyte address. When he hits “Send”, his email app is opened with prefilled text for the recipient. Send Bitcoin from your Coinbase account (or any other account/wallet funded with BTC) to your receiver BTC address from the step above. If you try to link the same Bitcoin address to multiple Byteball addresses by sending a micropayment, both links are ignored.

Share and commodity prices are also very volatile but there are fundamentals behind them. Share price is largely a function of company earnings, revenue, debt-to-capital ratio, etc. Commodity prices depend, among other factors, on costs of production with various suppliers. For example, if the oil price falls below the production costs of some suppliers for a long time, these suppliers will eventually shut down, decreasing production and causing the price to go up.

Each new owner of the coin will have to store its entire history, and when he spends the coin, he forwards the entire history to the next owner and extends it with his own transaction. Bitcoin is an unusual currency in that it necessarily makes all transactions public in its blockchain.

Atomic exchange - When two parties sign a single unit that executes both legs of the exchange, the two transactions either happen simultaneously or don't happen at all. It is no longer necessary to trust any centralized exchanges. But that also means that it is necessary to pay to build the legitimate PoW that is strong enough to ward off any attackers. This payment is spent for the electricity required to build the PoW. What is important to note here, is that this money goes outside the Bitcoin ecosystem – to energy companies – meaning that the community of Bitcoin holders as a whole is bleeding capital.

It has a circulating supply of 679,008 GBYTE. Imagine if the owner of the coin were not able to use his private key more than once, then he wouldn't be able to create another conflicting spend. We cannot take this ability away from him, however we can try to create a strong incentive (like all of Bitcoin which is built upon incentives) not to sign a conflicting transaction. 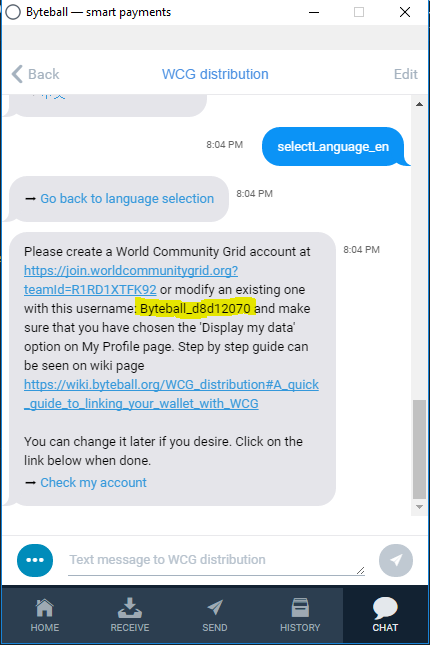 What will be the price of Byteball (GBYTE) after five years?

Obyte (GBYTE) is a decentralized database and cryptocurrency known as Bytes that does not use a blockchain like most cryptocurrencies. Byteball works by linking previous transactions with new ones, signing the hashes to form what’s known as a Directed Acyclic Graph.

Contact Peter directly on Slack[6] or on Twitter[7] to register your token. On the technical part, the link which is delivered contains a BIP39 mnemonic (we use dashes instead of spaces to avoid confusion with a wallet seed).

Exchanges list the currency as gigabytes (GB, GBYTE), 1 gigabyte is 1 billion bytes. The total money supply in gigabytes is 1,000,000. Immutable storage - Once stored in the Byteball database, the data can neither be revised nor removed.

In Byteball, there is no PoW, instead we use 3 another consensus algorithm based on an old idea that was known long before Bitcoin. Transaction finality in Bitcoin is probabilistic. 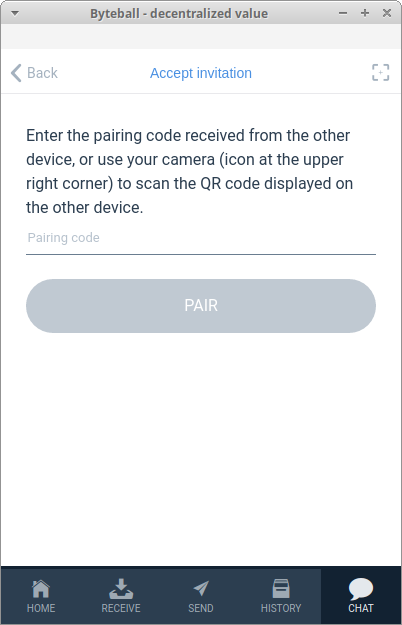 You tell the bot your Bitcoin address and sign your Byteball address with the Bitcoin address. After you prove one address (a typical Bitcoin wallet has dozens of them), you can either move all your coins to this single proven address or prove all other addresses in the same way -- by signing a message. 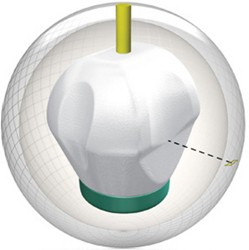