Namecoin s a cryptocurrency which also acts as an alternative, decentralized DNS, which would avoid domain name censorship by making a new top level domain outside of ICANN control. The coin is designed to halve every four years with the same cap limit as Bitcoin of 21,000,000. With the domain registry service a small number of NMC will be destroyed so after mining has finished there will still be a deflationary ellement in place. Namecoin was the first coin to switch to merged mining.

It is based on the code of bitcoin and uses the same proof-of-work algorithm. It is limited to 21 million coins. Each Namecoin record consists of a key and a value which can be up to 520 bytes in size. Each key is actually a path, with the namespace preceding the name of the record. The key d/example signifies a record stored in the DNS namespace d with the name example and corresponds to the record for the example.bit website. The content of d/example is expected to conform to the DNS namespace specification. The current fee for a record is 0.01 NMC and records expire after 36000 blocks (~200 days) unless updated or renewed. Namecoins used to purchase records are marked as used and destroyed, as giving the fee to miners would enable larger miners to register names at a significant discount.

While it is possible to store data in Bitcoin (e.g. key/value pairs in OP_RETURN outputs), uniqueness is not enforced by Bitcoin. If transaction validity rules are not enforced by miners, then they are not backed by PoW, which means that SPV-based lightweight clients will fail to enforce those validity rules. Namecoin was the first cryptocurrency to use Auxiliary Proof of Work (AuxPoW) for its consensus.

The ultimately correct record is called an “asset record” which is hashed using SHA3–512 on a larger blockchain (perhaps with larger blocks for more information storage per block). The largest blocks in crypto are from an original Bitcoin merge mined coin called Ixcoin, that I have previously wrote much about. Ixcoin could reflect the correct asset record going forward in the future.

Instead of having to remember a URL like silkroad6ownowfk.onion (Silk Road 2.0′s current URL), the proprietors of the site could simply register silkroad.tor and point it at the onion URL. Creating memorable Tor service addresses would remove one of the main stumbling blocks to use of the censorship-resistant network. This would in turn strengthen the hand of political dissidents (not just black marketeers) all over the world. Namecoin is a fascinating substitute for the domain name system because, like Bitcoin, it is completely decentralized and censorship-resistant. Proposed censorship measures like SOPA and PIPA simply could not apply to Namecoin because it is virtually impossible to reverse or interfere with name registrations, which are enforced with strong cryptography.

If they demand money that you’re unwilling to pay, consider registering a different name. It’s unlikely that the website or service you want to set up can only work with that one specific name. Strategies for finding an unused DNS domain name or an untrademarked business name are likely to be applicable for Namecoin too. The second concern is that too many potentially high-value domains have been squatted for the purpose of impersonation.

Building a censorship free web using Bitcoin technology. This official account is controlled by the Namecoin developer team. For one, it is sparsely used—its market capitalization of $42 million places it below “joke currency” Dogecoin. In addition, even if Namecoin starts to take off, domain names are inflexibly priced at 0.01 NMC, or around $0.05 at current exchange rates, a price so low that it encourages domain name squatting.

New top-level-domains are added by the consensus of the miners, just as Bitcoin miners must agree on the rate of growth of Bitcoin’s money supply. Namecoin's concept as a decentralized DNS (meaning no governmental intervention) was first discussed in 2010, but it wasn't introduced as Namecoin until April 18, 2011. This claim is derived from a study out of Princeton University, and is a result of faulty study design. The study’s design considers all .bit websites that contain identical content to a DNS website to be “trivial” and discounts such websites, leaving only 28 .bit websites that contain content that cannot be found on a DNS website.

Similar to these two examples, blockchain is another type of enabling backend technology. The Bitcoin blockchain enables digital currency.

Some of these keys could belong to the various directors of a company, be stored in a secure location, or be stored by semi-trusted service providers. This is currently supported by the Namecoin protocol and consensus rules, but not well-exposed to end users. Monero’s MoneroDNS project is similar in concept to Namecoin.

What's the Difference between Bitcoin and Ripple?

Bitcoin does not scale without such blockchains. There are really no better choices in this writer’s opinion.

Similar to Bitcoin, Namecoin transactions, balances and protection are also managed by a peer-to-peer network of nodes that use the SHA256 consensus algorithm. The only difference here is the mining mechanism because Namecoin is a merged-mineable cryptocurrency.

It is home to more than 350 cryptocurrencies and can make over trading pairs. Users can compare NMC rates and trade across all available exchanges in real-time.

Namecoin, like Bitcoin, is active in its development to the present day (May 31, 2018). Speaking of new top-level domains, the Namecoin community, such as it is, appears to be considering expanding beyond .bit to .tor. These latter domain names could be used for sites run as Tor hidden services, such as Silk Road 2.0.

The smallest currency unit of Namecoin is called the swartz (similar to the satoshi in Bitcoin). It is named after Aaron Swartz, the activist who was murdered by the U.S. government, and who proposed Nakanames (which, along with BitDNS, described the concept that was later implemented as Namecoin). As of March 2018, namecoin remains out of the spotlight when it comes to digital currencies ranked by market cap. The price of one NMC token reached as high as roughly $12, but remains below $3 as of that time.

The full data can then be authenticated using Namecoin as a trust anchor without storing the entire data in Namecoin. An example of this usage is the ability to delegate .bit domain names to an external DNSSEC nameserver, authenticated by a DS record in the blockchain. Just as Bitcoin has uses beyond currency, Namecoin has uses beyond DNS. Namecoin is at base a decentralized key-value store. We can use it to store information about ourselves in an easily accessible form. 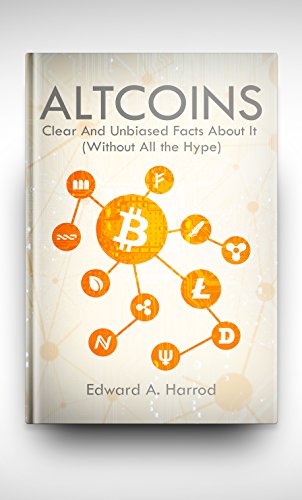 Then, Vinced launched Namecoin, and I followed him, because DNS is still something where you don’t have a full control. And we can see today, more and more domains are seized… and things are getting worse day by day. Plus, Namecoin is more than a safe DNS system, it also allows any type of data to be stored in the blockchain.

In November 2013, Namecoin price rose to its all-time highest of $13.1 within the frame of available data. The cryptocurrency remained stable from 2015 to early 2017, when it again started exhibiting a lot of price fluctuations. As of August 2018, Namecoin price is hovering near $1.2 mark. When buying Namecoin, users should use CoinSwitch, the largest cryptocurrency trading platform.

That is up to you to decide as well, to believe it or not. Maybe Satoshi, or Vince, or Thomas Nasakioto planned this transition long ago to protect Bitcoin. We may never know the truth but if the Namecoin protocol is enforced to fix Bitcoin’s mistakes, the process could be triggered automatically. Bitcoin’s correct protocol may be enforced by Namecoin and put into effect by the I0coin auxpow master ledger. If this occurs Bitcoin can scale through improvements by I0coin since (i.e. 90 second block times, pruned blockchains) and combine with Ixcoin’s improvements since (64 mb block size).

Consider that Namecoin values are limited to 520 bytes, and that the block size limit is somewhere between 500 kB and 1 MB. Domain names and identities are applications that are near the upper limit of the scale that Namecoin can handle. For example, misusing the Namecoin blockchain as a decentralized file storage is not feasible. There are several other decentralized systems that serve this purpose way more efficiently. In many cases, if you want to store data that is larger than 520 bytes, or that is updated very often, you may prefer to only store a content hash or a public key in the blockchain, along with information on where to get the full data.

Despite all that, though, it can be traded and mined just like any other digital currency, and even though Namecoin boasts a slightly smaller number of investors, they're loyal to the brand. Namecoin’s consensus rules need to enforce uniqueness of names.

Because Namecoin represents names as transaction outputs, it is naturally possible to atomically transfer a name in combination with a currency payment. This isn’t a feature that Namecoin was specifically designed to support, it’s simply a feature that naturally exists, which would have required extra effort to not support. There is a restriction in Namecoin’s consensus rules that prevents two name outputs from being created atomically.