Pundi X (NPXS) is the native utility token that powers the Pundi X platform. According to the website, “the mission of NPXS is to enable digital currencies to be more accessible to more people across the borders and further increase the utility of digital currencies.” To accomplish this, Pundi X has built an ecosystem including hardware equipment and software products to help physical retail stores to buy, sell, and accept cryptocurrency. The primary hardware product is the Pundi XPOS, a blockchain-enabled point of sale (PoS) device for merchants which can facilitate crypto payments and transactions through mobile wallets. In addition to processing transactions, Pundi XPOS has its own app store where developers can create applications (such as wallets, insurance services, loyalty programs, retail intelligence, order management, and inventory management systems) for retailers to grow their businesses. NPXS tokens are required to publish an app on the Pundi XPOS app store. The company plans on rolling out a minimum of 100,000 XPOS units to the global retail market by February 2021. According to the company, the PoS device has already been shipped to over 30 countries including Australia, Colombia, France, Korea, Switzerland, South Africa, Taiwan, United States, and Uganda. The Pundi X team has also created XPass, a “smart card” where users can buy, sell, and trade cryptocurrencies with a swipe. With XPass, users can also make purchases at retailers that have the Pundi XPOS system. The team plans on incentivizing participation in the Pundi X network by offering free XPOS systems to retail stores in select countries. The project is backed by the Singapore-based company, Pundi X Labs. The company was co-founded by Zach Cheah (CEO), Pitt Huang (CTO), and Danny Lim (CFO) in 2017. Before Pundi X, Cheah spent 12 years in the browser and mobile gaming market, Huang started and sold several startups including a Groupon-like company at the age of 25, and Lim was a product designer with Baidu and Lenovo. In January 2018, Pundi X held an ICO for their first token (PXS) and raised $35 million USD. In the middle of 2018, the project transitioned to the NPXS token. Until September 2018, token holders could swap 1 PXS for 1,000 NPXS. NPXS is an ERC-20 token utilizing the Ethereum blockchain.

Some of the victims get irritated when they see another person undergoing medical procedures that involve injections. Social phobia is an anxiety disorder triggered by social events or interaction. Learn about the symptoms of haphephobia and how to manage fear of touch. Learn the symptoms plus see examples of pictures that may trigger a fear response. 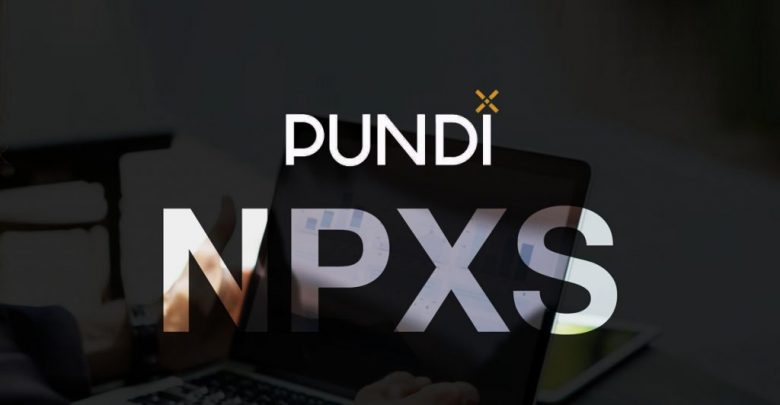 The longest word in English has 189,819 letters and would take you three and a half hours to pronounce correctly. Seriously. It's the chemical name of Titin (or connectin), a giant protein "that functions as a molecular spring which is responsible for the passive elasticity of muscle."

They typically involve fears related to animals, natural environments, medical issues, or specific situations. There’s also such a thing as a fear of fears (phobophobia). This is actually more common than you might imagine.

Although specific phobias do not always call for treatment, your doctor should have some insights and recommendations to help. The National Alliance on Mental Illness suggests that, although each type of anxiety disorder commonly has its own treatment plan, there are types of treatment that are commonly used. According to the National Institute of Mental Health, about 12.5 percent of U.S. adults, sometime in their lives will experience a specific phobia. In Greek, the word chrono means time and the word phobia means fear.

Understanding your phobia is the first step to overcoming it. (Having a phobia doesn’t mean you’re crazy!) It also helps to know that phobias are highly treatable. No matter how out of control it feels right now, you can overcome your anxiety and fear and start living the life you want. A phobia is an intense fear of something that, in reality, poses little or no actual danger.

Cognitive behavioral therapy (CBT) is another common form of treatment used to manage or cure a phobia. CBT blends exposure therapy with other therapeutic techniques in order to help you cope with your anxiety. It will also help limit any overwhelming thoughts. Phobias are a persistent, intense, and unrealistic fear of a certain object or situation. Specific phobias are related to certain objects and situations.

Where can I exchange Cryptocurrency?

PNEUMONOULTRAMICROSCOPICSILICOVOLCANOCONIOSIS At 45 letters, this is the longest word you'll find in a major dictionary. An inflated version of silicosis, this is the full scientific name for a disease that causes inflammation in the lungs owing to the inhalation of very fine silica dust.

How to buy, sell and trade Pundi X

What word takes 3 hours to say?

Cannon surmised that intense fear can cause such a catastrophic drop in blood pressure that the belief in one's death can became self-fulfilling.

Phobia is a type of anxiety disorder in human beings which is characterized by the persistent fear of objects and situations. Approximately 9% to 18% of people in the US are thought to struggle with one or more phobias.

The experience is so nerve-wracking that you may go to great lengths to avoid it—inconveniencing yourself or even changing your lifestyle. If you have claustrophobia, for example, you might turn down a lucrative job offer if you have to ride the elevator to get to the office. If you have a fear of heights, you might drive an extra 20 miles in order to avoid a tall bridge. We make no warranties of any kind in relation to our content, including but not limited to accuracy and updatedness.

Other fears associated with social phobia include fear of eating or drinking in public, talking to strangers, taking exams, mingling at a party, or being called on in class. Natural environment phobias such as a fear of heights, storms, water, and of the dark.

How do I get Holo hot?

Holochain is just an ERC20 token. It's dependent on the slow, congested 2nd-gen Ethereum network. Skycoin is a 3rd-gen crypto platform with its own blockchain, global hardware infrastructure, games/dApps/ICOs etc.

It is also important to note that medicines do not cure phobias, at best they only temporarily suppress the systems. However, there are treatments for phobias, which include counseling, hypnotherapy, psychotherapy, and Neuro-Linguistic programming. Please click on the tab at the top of the page called “Treatments” to find out more information on these types of treatments. As with any phobia, the symptoms vary by person depending on their level of fear. Chronophobia, is specific phobia described as an irrational yet often unrelenting fear of time and of the passage of time.

The victims go a long way in trying to avoid a place that they think could harbor spiders. Sedatives and espouser therapy can help reduce arachnophobia. The next step is to transfer funds into your exchange account so you can buy NPXS. Check out our how to buy BTC and how to buy ETH guides for details on how you can obtain these popular currencies. The Jakarta-based blockchain startup has secured some solid partnerships and has big plans for growth in the coming months and years. Situational phobias (fears triggered by a specific situation) including the fear of enclosed spaces (claustrophobia), flying, driving, tunnels, and bridges. It is generally accepted that phobias arise from a combination of external events (i.e. traumatic events) and internal predispositions (i.e. heredity or genetics). Many specific phobias can be traced back to a specific triggering event, usually a traumatic experience at an early age.

The fear is developed after a horrible experience, either to the victim or somebody else, the fear might be genetic and inborn, or it might develop after a negative experience. Some of the most common phobias are discussed below.

The National Institute of Mental Health estimates that specific phobias affect 19.2 million adults in the United States. Women are twice as likely to experience them than men.

Almost everyone has an irrational fear or two—of spiders, for example, or your annual dental checkup. But when fears become so severe that they cause tremendous anxiety and interfere with your normal life, they’re called phobias. Medicine can be prescribed, but please note that these medications can have side effects and/or withdrawal systems that can be severe.

There’s no official list of phobias beyond what’s outlined in the DSM, so clinicians and researchers make up names for them as the need arises. This is typically done by combining a Greek (or sometimes Latin) prefix that describes the phobia with the -phobia suffix.

While in high places, they sweat excessively, experience panic attacks, increased heartbeat, and might even pass out. Antidepressants and ant-anxiety drugs can be administered to help reduce the fear. Agoraphobia is an anxiety disorder whereby the victims perceive certain environments outside their residence as unsafe.

What is the rarest phobia?