SingularDTV (S-DTV) is a decentralized and tokenized content creating and distributing platform that will create, acquire and distribute film and television content in an innovative way, generating revenue for its token holders in a completely transparent and decentralized manner.

SNGLS are tokens built on Ethereum and represent a share in the SingularDTV platform, which is comprised of four key elements:

‘SINGULAR’ – a mini Sci-fi television series about decentralization and technological advancements in a futuristic setting, comprised of 3 episode seasons.

The S-DTV DOCUMENTARY DIVISION - A Documentary Division that will focus on producing documentary films about blockchain technology.

THE S-DTV RIGHTS MANAGEMENT PLATFORM - A digital rights, revenue and royalty management platform for all the content produced and acquired by SingularDTV.

SNGLS tokens will also generate dividends for its holders, depending on the revenue gathered by the SingularDTV platform. 1 Billion SNGLS tokens will be issued, which will be distributed in the following way:

500M SNGLS will be distributed to investors in an initial coin offering period. Each token will cost the ETH equivalent of $0.015.

400M SNGLS will be kept in a vault, and the dividends generated by the tokens will be used to further develop the S-DTV ecosystem.

100M SNGLS will be given to S-DTV's core investors.

The Vault where 400M tokens are kept will be managed by the Workshop. The Workshop will not only spend and convert ETH to build new projects or to work on existing ones, but it will also collect cryptocurrency and fiat revenue to deposit back in the safe.

Providing the economy in the blockchain space with the ability to stay compliant is a big thing for the industry. They’re doing it right — taking the time to build a sustainable economy and not just pushing tech out there for the sake of tech. I want to see more of that and we’re trying to take that approach ourselves.

The remaining 100 million tokens will be allocated to core investors of S-DTV.

SNGLS coins, however, are supposed to be used only for dividend distribution, while project management is centralized — 40% of tokens will belong to SiIngular DTV GMBH. The reason why we can do so many things at once is because of the way that we’ve built the platform up. We have modules that can be re-used on different applications. Each application is made up of modules we already have, and new modules we develop. 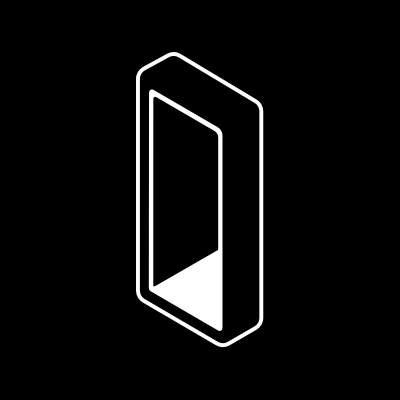 The new modules are then applied to future projects, so we have this library of lego bricks we can use to construct applications that we publish, rather than having to build from scratch every time. Centrality is a mathematical term used to find the areas around which to coalesce on a graph.

While the Centrality name might seem a little odd compared with the notion of decentralization, but what we’re trying to do is create functional vertices around which we can coalesce in a decentralized world. S-DTV RIGHTS MANAGEMENT PLATFORM – the platform to manage digital copyright, profit and fee for rental of all content produced and distributed by SingularDTV. SingularDTV is a content production platform and distribution system based on Ethereum's architecture.

The development of SingularDTV over the past year has served as a magnet for exciting projects and individuals from all over the world. Another point to mention is that SNGLS tokens are NOT shares for SingularDTV. A more important question, however, arises as to the "legitimacy" of such fast crowdsales. The main objective of decentralized systems in order to avoid concentration of power in one hands should be to attract as many investors as possible. As far as this statement can be called true in the case of SingularDTV, given the active participation of representatives of Ethereum, it is difficult to say.

As a decentralized system, SingularDTV with its own cryptocurrency SNGLS is designed to help artists and content creators create, monetize, protect and manage their creations with the help of blockchain technology. Also, in the team's plans for the creation of the portal video-on-demand (TVOD) and platform rights management. The second would be an application based on smart contracts for accounting and management of digital rights as well as income and royalties from intellectual property. Technical description of these two projects at the moment, however, no. Content production and distribution platform built on Ethereum.

The SingularDTV platform, which is still under development, includes a series of modules which when combined can help creators release their own content. SingularDTV is a blockchain entertainment studio laying the foundation for a decentralized entertainment industry.

SNGLS token holders will receive dividends from the profit generated by the platform. In order to do so, a crowdsale which will last for a month will be held.

All can be made possible with the use of smart contract systems, blockchain technology, and adoption. SingularDTV's (S-DTV) mission is the creation of informative, enlightening and inspiring media for the thinkers of the global pop. Of course, start-ups funded by Sony and Hollywood mega-producers scouring top-tier film festivals for films don’t exactly scream decentralized. But right now, building platforms like these takes resources, time, and money, so them’s the breaks. For starters, the transparency of blockchain ledger system means that if your film is viewed by someone, you get paid immediately.

No waiting for your payouts from aggregators or fees from licensees or that theater owner who said he would mail you a check with your score of a screening. Secondly, they offer a brand new way to get your film in front of new eyeballs and many of them claim to be aggressively seeking content for their platforms. 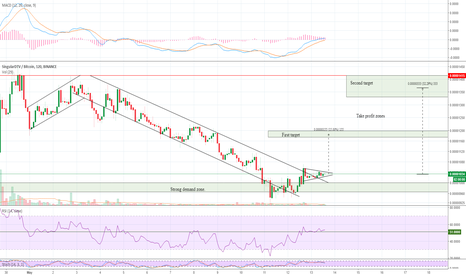 This is the reason why I am holding my shares even in the big drop right now. A total of 1 Billion SNGLS tokens will be issued, half of which will be made available on the crowd sale and 40% held in a "Storage Vault".

We’re building a set of use cases around everyday things that a person does in their life. Many of the blockchain use cases are around financial tech and payment solutions, but we’re trying to make everyday processes decentralized — booking a restaurant, taking public transport, booking a ticket for a flight. Often, these applications are so well-written that the consumer doesn’t even need to know that the blockchain exists.

SingularDTV wants to create a decentralized entertainment industry, where anyone can express themselves thru CODE system. More than anything, those kind of trends are a testament and indications to what filmmakers really want now that it's been established that OTT is the way to go for content distribution. Companies using the power of the blockchain to finance films, create smart contracts, and distribute work are popping up everywhere. All of these FinTech (new financial technology) companies or platforms are at best in beta mode, with many being in alpha or pre-alpha, early stages of launching and testing their models and software. But they offer some pretty interesting food for thought for indie filmmakers.

The comparison to Consensys is not a bad one, although a little humbling as these guys are really pushing the industry forward. They have a venture studio model themselves, across a number of projects at different layers. I think the main distinguishing factor is that we’re focused on mass market consumer adoption.

Providing the ability for artists to make themselves tradeable and fungible is one of the core tenets of the SingularDTV proposition. We’re hoping with the way that we’re building it out is that it will also appeal to non-blockchainers. As governments get closer and closer to forming their regulation on crypto, if you want to be sustainable and long-term, you’ve got to be able to comply with regulation, and tax is going to come first. All information presented on the website regarding the description of ICO projects, cost, and investment opportunities is for informational purposes only and is not a public offer under any circumstances. Produced by SingularDTV and Futurism and narrated by Rosario Dawson, the film explores the global evolution of blockchain technology.

SingularDTV is one of a handful of business structures known as CODEs, or centrally-organized distributed entities. The main entity is crowd-funded and shared by “owners,” i.e., token holders.

During this time 500 million SNGLS tokens will be up for sale at a fixed rate of 0.00125 ETH per SNGL during the first 10 days, and will drop by 12.5% every 4 days until it reaches 50% (in 12 days). These funds will be used to complete the "Singular" tv show, launch the S-DTV Documentary Division, buy a stake in the Ujo rights management platform and to develop the TVOD distribution portal. A minimum of 34m SNGLS must be sold, otherwise, the project will be canceled and all the investments will be returned. The project SingularDTV stated as built on the blockchain the platform to distribute digital content. 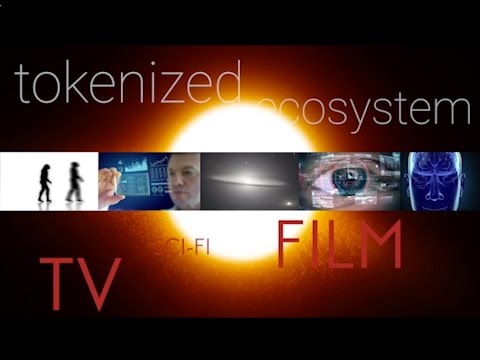 Additionally, when/if Ethereum’s protocol is upgraded to allow for tokens to be the gas that pushes transactions through the network, the SNGLS token will achieve absolute utility and greater value. In essence, to break down SNGLS tokens, they are multi-faceted in the sense they represent 4 primary things; property, utility, income/rewards and fungibility. Your question about the tokens was addressed exactly a week ago. Our Medium Blog is our roadmap and we provide more information about our Ecosystem. I am already for quite some time a fan of SNGLS (SingularDTV).

At least, the explanation from the creators of the project will clearly not be superfluous. The ultimate goal of SingularDTV is to create a "thriving industry of decentralized entertainment", and to launch the project it was planned to attract $7.5 million with a minimum investment goal of $500,000.

We really have to push beyond currency to make this thing work. Like I keep saying, the power of decentralization in terms of its impact on society, is so big, that we can’t just leave it at currency. Like what SingularDTV is doing, you need to take the decentralization movement beyond FinTech, beyond those currency use cases. They’re a good foundation, but in a decentralized future, a tokenized economy, the value equation changes completely, and currency-for-currency’s sake may find itself having less utility. Like SingularDTV, we’re trying to tokenize industries outside of currency to create different kinds of value models that can exist in a decentralized world.

SingularDTV (SNGLS) is a blockchain entertainment studio with its own coin. It’s designed to enable rights management and p2p distribution of content such as movies, placing the control in the hands of its creators. SingularDTV empowers artists and creators to secure their own development and distribution of projects.