0x is an open protocol that facilitates the decentralized exchange of Ethereum-based tokens and assets. Developers can use 0x to build their own custom exchange apps with a wide variety of user-facing applications i.e. 0x OTC, a decentralized application that facilitates trustless over-the-counter trading of Ethereum-based tokens.

The 0x token (ZRX) is used by Makers and Takers to pay transaction fees to Relayers (entities that host and maintain public order books). ZRX tokens are also used for decentralized governance over 0x protocol’s update mechanism which allows its underlying smart contracts to be replaced and improved over time.

What is the 0x

What size is 0x equivalent to?

It also allows room for the necessary upgrades, if any, in future. The system also uses relayers, which act as order aggregators and are responsible for broadcasting the orders from designated market participants to the market place or exchange. 0x is an open protocol that is designed to offer a decentralized exchange as part of the Ethereum blockchain.

0x OTC, a product that allows peers to trade Ethereum tokens without the need for a Relayer, provided they connect directly with the other party. The same 0x project was funded by Fintech Blockchain Group, Pantera, Polychain Capital, Jen Advisors and Blockchain Capital. 50% of the tokens were released during the August 2017 launch, 15% were assigned to 0x, 15% to the developer fund, 10% to the founding team and 10% to the advisors and first supporters. Currently, decentralised exchanges still suffer from some limitations and technical problems that the 0x team wants to solve.

This would increase 0x’s number of potential use cases and would increase the token demand, ultimately leading to a rise in token price. Whatever the v2 implications may be, 0x team recently released a timeline update in which they confirmed that the upgraded protocol should be ready by September 3rd. The v1 pipeline will be turned off around December; check out the complete timeline on the link above. There were a couple of newsworthy updates about the 0x protocol and the ZRX cryptocurrency. In what was probably the most speculative (and naturally most interesting) piece of news recently, Coinbase announced the rebranded version of its Toshi wallet. 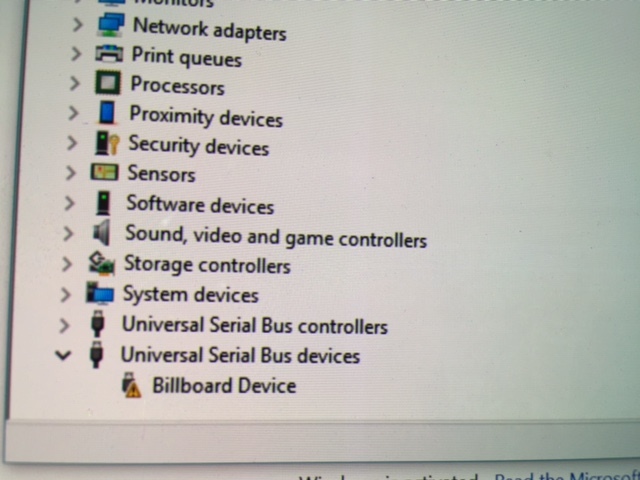 0x is made using a protocol that involves Ethereum smart contacts that allow those around the world to run a decentralized exchange. The team behind 0x strongly believes that in the future, you will find thousands of tokens from Ethereum and that 0x can provide an efficient and trustworthy way to exchange them. 0x is designed to be different from both centralized and decentralized exchanges, providing the best possible combination of features. ZRX recently announced to token bundle atomic swap, based on their community decision where the main goal is to integrate MultiAssetProxy in the 0x protocol. As per the ZRX algorithm, every order should be going through the blockchain itself and the fees for every transaction would also be eliminated. What does 0x mean in Python?

For example, Ox protocol makes it easier for exchanges to convert ERC20 and ERC721 tokens. In detail, ERC20 and ERC71 are Ethereum-based cryptocurrencies used in the tokenization of ecommerce, games, and other platforms.

The distribution of users among these exchanges has resulted in a corresponding fragmentation of liquidity. 0x is an open protocol for decentralized peer-to-peer exchange of Ethereum tokens. 0x provides the infrastructure for developers to build their own custom trading apps with a wide variety of user-facing applications. In addition to the 0x protocol, the team also created 0x OTC, a consumer facing product that uses the 0x protocol. The 0x OTC allows peers to exchange Ethereum tokens without requiring a Relayer, provided they connect with the counterparty directly. Hence, the Ox protocol is a blockchain layer designed to ease tokenization of any asset, product, or commodity. Ox’s developers even claim it can add networked liquidity to any asset or product. The Ox protocol is an extra layer of infrastructure to the Ethereum blockchain. 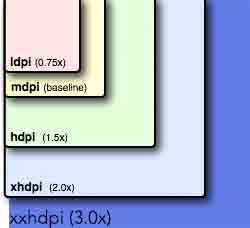 The co-founders of 0x are Will Warren and Amir Bandeali, the first of which is the CEO and the second of which is the CTO. Both are in smart contract research and development. Warren used to conduct applied physics research at the Los Alamos National Laboratory after studying mechanical engineering at UC San Diego. Bandeali used to be a fixed income trader with DRW after he studied finance at the University of Illinois, Urbana-Champaign. Among the other team members, you will find blockchain engineers, software engineers, graphic and product designers, end-to-end business strategists, and people with other skills. This way, you can use pencil and paper, email, social media, or any other method of sending the order. Decentralized exchanges were developed to resolve the issue of vulnerability to theft. With this type of cryptocurrency exchange, users keep some control of their money.

And both processes are managed via smart contracts for enhanced security. The technology offers a new approach to the exchanges work.

The project was launched as early as October 2016, with the goal of developing a platform that allows the representation of each asset on the Ethereum blockchain. The 0x project is being funded by Fintech Blockchain Group, Pantera, Polychain Capital, Jen Advisors, and Blockchain Capital, showing a diverse range of interests. Many investors state that past performance doesn’t indicate future price movements. However, it seems as if the ZRX price does tend to rise immediately following news of a new product launch.

Eligible Coinbase users are able to "unlock" lessons on top of the content where they can earn crypto. Very cool project, but as an opportunity to appreciate your capital… personally I’m passing on getting some, in favor of ZRX and Stellar. There is no additional work to support N+1 ERC20 tokens. So once ZRX is added, the engineering work required to add BAT as well is about 5 minutes of work.

To clarify, Ox’s protocol adds a layer to Ethereum that makes its blockchain more versatile. This is a big deal for Ox because Coinbase is the best-known cryptocurrency wallet and exchange in the United States. In addition, Coinbase is a popular unicorn pre-initial public offering (IPO) company. What is 0x Cryptocurrency?

0x is an open protocol for decentralized digital asset exchange that runs on the Ethereum blockchain. A protocol is a set of standard rules that can be used by a system or by various transacting parties to smoothly communicate with each other. 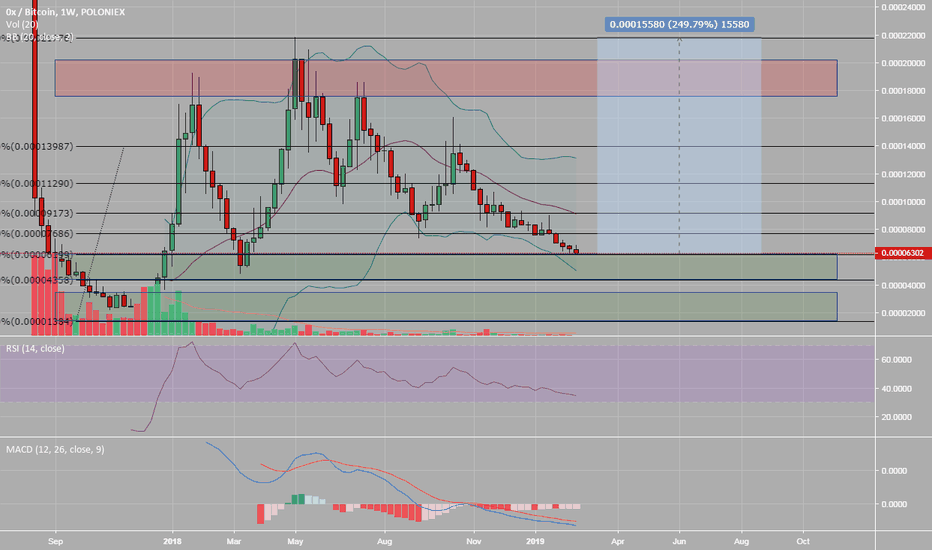 What is B in Python?

For example, Seeking Alpha lists a ticker symbol for Coinbase (COINB) even though it issues no stock. Thus, Ox has achieved a goal that has eluded the far more popular and impressive Ripple (XRP).

Select the "Deposit" button next to your ZRX wallet to view your ZRX deposit address. 0x (ZRX) conforms to the ERC20 token standard and can be stored in any ERC20-compatible Ethereum wallet including your Coinbase ZRX wallet. Fees get paid to the network, not to the 0x company. Ethereum network and it is an open protocol designed to offer a decentralised exchange on the ETH blockchain. As we reported the other day, 0x has become the 6th cryptocurrency to be listed on Coinbase.

What does 0x stand for? 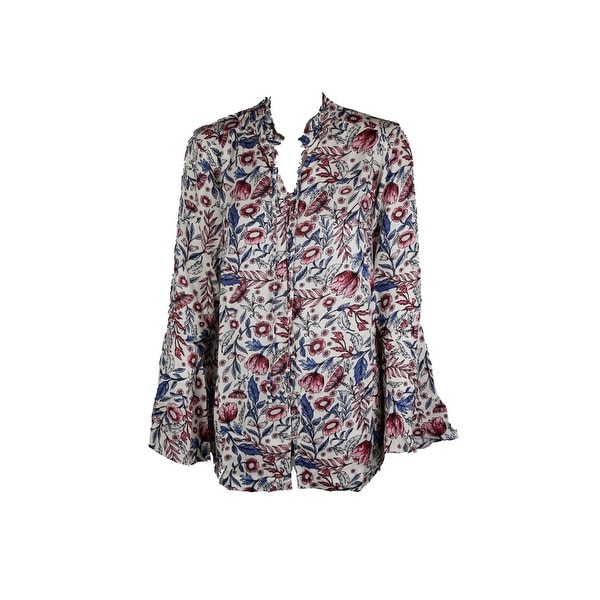 As loads of the world’s financial value is getting tokenized with every passing day, the requirement to trade such digital assets and tokens in a secure and efficient manner is growing. With its clearly defined message formats and smart contracts, 0x protocol attempts to fill up for the need. 0x is an open protocol that involves Ethereum smart contracts, which is designed to offer a Decentralized Exchange (DEX) as part of the Ethereum blockchain. The smart contracts take care of the necessary business logic responsible for generating, sending, receiving and processing the data linked to the trading activity.

Project consultants have previously worked for companies such as Polychain Capital, Coinbase and Pantera Capital. The token is also the way in which users pay all trading commissions to Relayers. The protocol uses smart contracts that allow any user to run a decentralised exchange. The leader in blockchain news, CoinDesk is a media outlet that strives for the highest journalistic standards and abides by a strict set of editorial policies.

The 0x seems like a logical step from decentralized cryptocurrency exchanges, effectively taking care of many of the flaws those exchanges contain. Another aspect of the 0x Project is the unique 0x Ethereum token, known as ZRX. This token is how users pay Relayers’ trading fees. It is also a decentralized form of governance for the 0x protocol’s upgrade system.

Unlike an exchange, however, a relayer cannot execute a trade. It can only facilitate trading by presenting maker orders broadcasted to the network. For a trade to be fully executed, a taker must fulfill the order by submitting the maker’s signature along with its own to the decentralize exchange’s smart contract. In compensation for facilitating this exchange, a relayer is paid a fee in 0x’s native currency, ZRX, for each transaction.

Linux is an open source operating system that can be downloaded for free. 0x uses common smart contracts over a shared infrastructure. Its technology combines two strategies – State channels and Automated Market Marker (AMM) - that have already been suggested to overcome these problems.

Moreover, there is no evidence Ox offers a solution for the blockchain scalability problem. The problem is the speed and capacity limit that prevents cryptocurrencies like Ethereum (ETH) from being used for large-scale commercial applications. I think Ox (ZRX) is a very impressive cryptocurrency with many potentially lucrative uses.

Meaning of 0x and \x in python hex strings?

Given the maelstrom of hacks that have swept funds from centralized exchanges over 2017 and 2018, the cryptocurrency community needs decentralized exchanges. As crypto gains prominence and more money enters the market, so too will opportunities increase for malicious actors to profit from vulnerable investors. Decentralized exchanges offer a panacea to such a community ailment, and perhaps 0x’s novel design will do its part to usher in a new era of secure, decentralized trading. Along with compensating relayers for broadcasting order books, the ZRX token is used to facilitate decentralized governance on 0x’s platform. Stakeholders use the currency to vote on decisions that affect the blockchain, including protocol integrations and upgrades, without disrupting the entire network.