A coin that has adopted the Bitcoin "21" figure but increased the supply to 21 billion - with over 5 algorithms to mine with (Scryt, Sha-256, Qubit, Skein, Groestl)  - in order to keep mining local and in the hands of many. A 60 second block target, a 0.5% premine and a block retarget every 2.4 hrs or 244 blocks.

DigiByte: Refers to the entire DigiByte network or a single monetary unit on the payment network. 21 billion DigiBytes will be created over 21 years.

Block: A grouping of all transactions sent over the DigiByte network within a 30 second time frame. Think of a block as an excel spreadsheet that lists the address location of all DigiBytes at a given point in time in history. New DigiBytes are brought into circulation as each block is discovered on the network through a process called mining.

Mining: Mining is how transactions are processed on the network. Anyone can become a miner by donating and using their desktop, laptop or mobile phone computing power to help process transactions on the DigiByte network.  DigiByte has made this process even easier with our 3 click mining software for beginners.

Blockchain: The DigiByte blockchain is the entire history of all blocks discovered on the network & therefore all transactions made on the network. Each block references the proceeding block all the way back to the beginning of the network to what is known as the genesis block. By linking blocks (spreadsheets) together an accurate, secure accounting of all up to date DigiByte ownership is made by decentralized consensus.

Absolute Security: Our number one priority will now and forever be network and user security.

Worldwide Decentralization: Keep the network open, transparent and accessible at all times.

Ease of Use: Allow anyone to use and benefit from DigiByte in an easy to understand manner.

Speed: DigiByte transaction notifications occur in 1-3 seconds, blocks are discovered every thirty seconds and transactions are fully confirmed every 3 minutes. Future planned upgrades will make these times even faster.

Fees: Most DigiByte to DigiByte transactions are free or carry a very small network-mining fee to incentivize people to mine.

Worldwide: DigiBytes are already stored, traded and transacted in over 89 countries.

Decentralization: There is no need for a middleman or third party or central server.

Re-Spend: Send DigiBytes you received to someone else in as little as three minutes.

Finite Production: New DigiBytes are added to the network every thirty seconds through a process called mining as each new block (or grouping of transactions in a spreadsheet like format) is discovered by the network.

Scarcity: 21 Billion DigiBytes will be created in 21 years.

Committed Development: DigiByte has been under constant, progressive development for over one year now with core development team members from all over the world.

A Bright Future: DigiByte has many new & exciting projects underway to be released throughout 2015 to increase DigiByte utility and new user adoption across the globe.

It’s also reasonable to assume that Tate and others involved in the project hold a significant amount of DGB (the native coin) from mining and initial transactions. Their wealth would increase any time the price of DGB increases.

Please do your own research on all of your investments carefully. Scores are based on common sense Formulas that we personally use to analyse crypto coins & tokens. Past performance is not necessarily indicative of future results. The project DigiByte was launched in 2014, although development on it began back in 2013.

We previously wrote about the project’s charity initiatives, especially the one in Venezuela, a country that’s currently going through the biggest economic crisis in the nation’s history. Josiah Spackman, DigiByte Foundation’s ambassador and probably the best known representative of the currency, recently wrote a short summary of the Venezuela fundraising efforts. At the moment of writing, DGB can be purchased for $0. This value is 82.63% lower than the currency’s all time high of $0.141942. 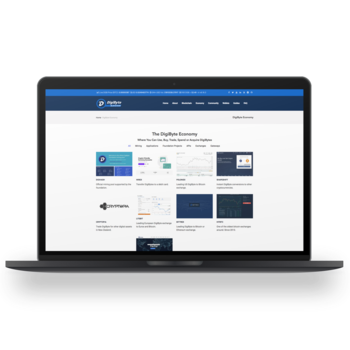 DigiByte might grow out to be one of the most popular altcoins by 2023 and there are speculations on how high can DigiByte go. Because of its tight security protocols and advanced algorithm, it might remain as one of the most used cryptocurrency. It can reach $0.21 USD by 2023.

Mining is conducted by donating your computing power to process aka mine "blocks" of transactions on the network. You will need either a CPU, GPU, or ASIC hardware attached to your computer to mine DigiByte. You will also need specialized mining software and a DigiByte wallet. Not An ICO - DigiByte has never been funded through an ICO, presale or token sale, nor is there a private company controlling the DigiByte Blockchain in line with our vision for a decentralized digital future. Fast block times and small transaction size allow a throughput of around 280 transactions per second.

Public Ledger & Digital Assets – This is where the network’s data gets stored. It also has security measures in place to prevent manipulation of data. It incentivizes and manages miners securing the platform.

Advanced Difficulty Stability - Difficulty adjustments protect a blockchain from several forms of malicious attacks. By creating and implementing DigiShield & MultiShield, DigiByte has the most advanced difficulty stability of any blockchain in the world today.

Does DigiByte have a future?

DigiByte pioneered asymmetrical difficulty adjustment mining with DigiShield, which is a widely used technology and the basis of many other blockchains. It is also the first to blockchain to fork from a single proof-of-work algorithm to multi-algorithm mining, however not the first cryptocurrency to use multi-algorithm (Huntercoin). Bitcoin (BTC) transactions are signed with a user’s private key and can be verified with the public key, making transaction origins and destinations publicly viewable.

How many DigiByte coins are there?

About DigiByte Digibyte is a cryptocurrency that describes itself as a “secure, faster, and forward thinking blockchain technology.” Digibytes offers five different proof of work consensus algorithms in an effort to prevent mining centralization.

Essentially, Monero (XMR) is designed to be quite scalable. This is important because ASICs have overtaken the Bitcoin (BTC) network and forced out all CPUs and GPUs. For ease of use and ease of access, Monero still takes the privacy cryptocurrency crown. Other privacy-focused cryptocurrencies, like PIVX and Komodo, are making strong claims to that crown.

I must admit, I am very surprised that it hasn’t performed better. Well, as I mentioned earlier, the Digibyte blockchain is much faster than most other cryptocurrencies in the industry. The DigiByte coin is available to trade on multiple exchanges like Bittrex, Poloniex, Kucoin, Cryptopia, etc. 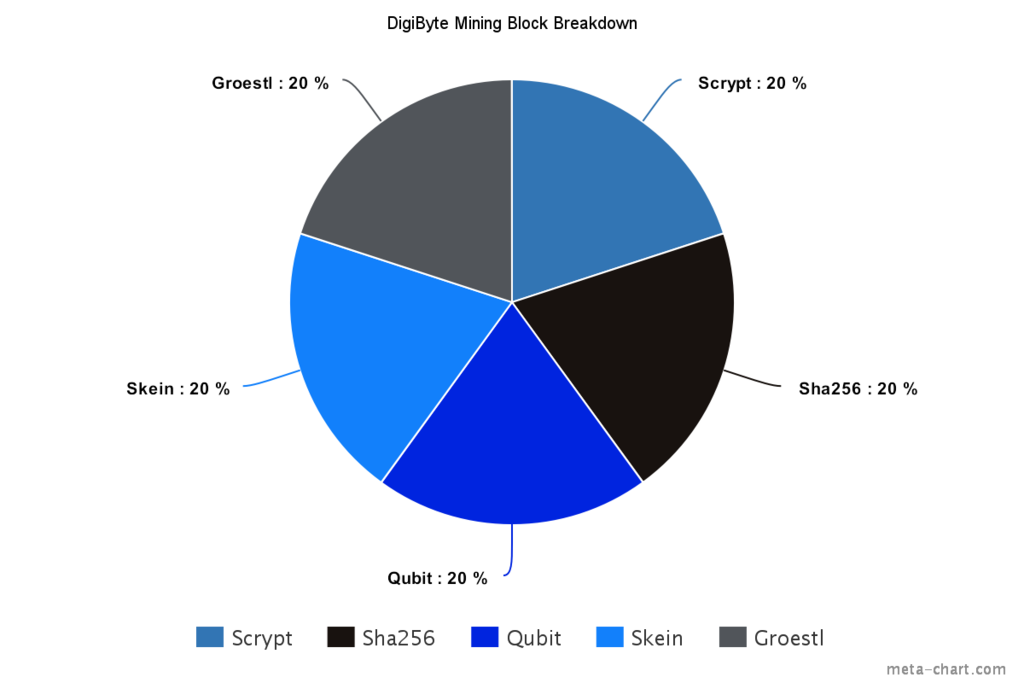 Where can I spend DigiByte?

Founded in 2014, it’s part of the older class of cryptocurrency projects. However, despite its age and ongoing development over the past four years, this project is still relatively unknown. Komodo has basically moved its privacy coin efforts onto PirateChain because it can be much more private on a separate chain.

Although a large number of cryptocurrencies are ranked higher than DigiByte, it has anchored itself in the crypto market for its high security and scalability. DigiByte is a few steps away from fiat adoption that will shake the crypto community into creating contacts with cryptos.

Monero (XMR) Is the King of Stealth Cryptocurrencies and Significantly Undervalued

How do you buy DigiByte coins?

DigiByte is a public, rapidly growing and highly decentralized blockchain. DigiBytes are digital assets that cannot be destroyed, counterfeited or hacked, making them ideal for protecting objects of value like currency, information, property or important digital data.

DigiByte, one of the top-performing altcoins in the market focuses on delivering faster, secure and avant-garde blockchain solution to crypto enthusiasts. DigiByte is considered as one of the safest cryptocurrencies due to its innovations in technologies like DigiShield and it even managed to expand over 200,000 nodes in 5 years time frame. DGB currently supports 560 TPS and just 15 secs blocks of time, which will be growing exponentially to around 2000 TPS by 2020. In May 2019 Dandelion++ was implemented and released in to DigiByte Core 7.17.2 making DigiByte the first major UTXO blockchain to implement it (After Grin, Beam & ZCoin). Dandelion++ is a privacy-enhancement for the DigiByte blockchain that aids in obfuscating the senders IP address.

This prevents centralization and secures the network against a 51% attack. Once you have configured everything the next step is to choose a mining pool so you have the best chance of earning DigiBytes. DigiHash is a great mining pool to start with because it is supported by the DigiByte foundation and part of the reward goes back to maintaining the network. A mining pool is the pooling of resources by miners, who share their processing power over a network, to split the reward equally, according to the amount of work they contributed to solving a block. HitBTC only accepts bank transfers from institutional level clients.

| A Legitimate Bitcoin Competitor? DigiByte is a cryptocurrency that focuses on security, decentralization, and speed. Founded in 2014, it's part of the older class of cryptocurrency projects. However, despite its age and ongoing development over the past four years, this project is still relatively unknown.

This means that transaction confirmations are separated from the information stored within the block, helping to achieve faster transactions. On the other hand, Bitcoin is only able to manage 7 transactions per second and Ethereum isn’t much better either, at just 15. Digibyte is also referred to as DGB and in total, there will be 21 billion coins in circulation, which is also expected in the year 2035. Digibyte was developed by Jared Tate in 2014 who is also its lead developer.

Given that DigitByte has some of the fastest and cheapest crypto payments around, Dash is also a competitor. Another project on a comparable ranking but also using UTXO is Dogecoin. DigiByte has, however, been successful at decentralizing its mining. They’ve done so largely through good mining incentives and use of five algorithms. These mining algorithms split miners and mining power into five equal, smaller groups.